Posted by jadonshope on June 9, 2016
Posted in: Uncategorized. Leave a comment 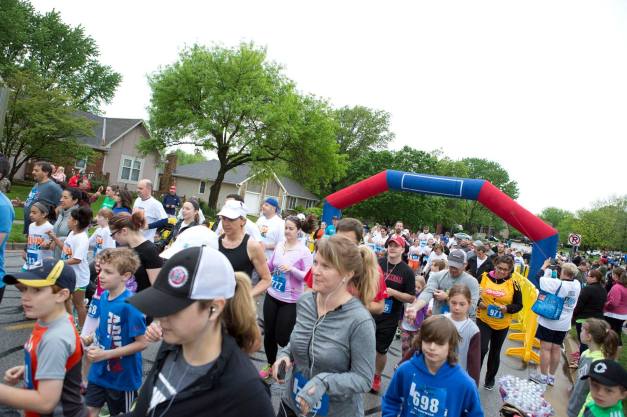 The BUG RUN is always very emotional for us and it literally takes us about a month to recuperate.  The day itself is a culmination of a full year of planning.  Amy Vrban, our race director along with the BUG RUN Committee Members do an AMAZING job and this event literally would not happen without each and every one of them.  This is part of the emotion.  The fact that these good people take time from their lives to serve the SMA community, to fight for these kids, this is overwhelming for us.  There are not enough thank yous in the world to adequately express our gratitude 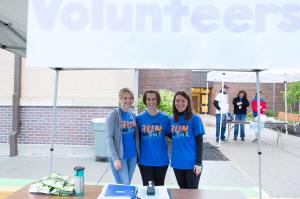 When we step back and see what the people around us are doing to help fight SMA we are simply blown away.  We don’t believe it is possible to have “too much goodness” surrounding us but we are blessed to be testing that boundary, and we thank God every day for it.

Our friend, teacher, and BUG RUN committee member Katie Horner added a little goodness of her own this year.  She took the SMA fight to Boston two weeks before the BUG RUN.  She wore the Jadon’s Hope logo with the message “RUN TO END SMA”.  Before she left for Boston she also completed her 7 month mission of raising enough money for EVERY student at Rolling Ridge Elementary School (Jadon’s School) to be entered into the BUG RUN.  This is an act that will serve as a life lesson for all 485 students.  These kids are being encouraged to not only be active but also to think of others.  They are being led by example to do what they can to help others who may not be able to help themselves. 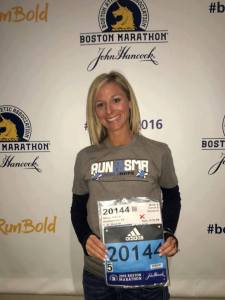 The Thursday before the BUG RUN all students received their race packets which included a T-shirt, race number (bib), and “Honor Card.”  If we could bottle up the excitement of these students on that day we could change the world.  We believe this, not so small act, truly is changing our little part of the world here in Olathe Kansas.  These kids were so excited to run.  They were even more excited to run for someone who cannot.

The nerves always peak the night before the race but this year was much more intense.  The week before the race, Mr. Weather Man was forecasting rain for the entire day.  We tried not to think about the disappointment those 485 kids would feel if the race was canceled due to severe weather.  12 hours before the event the threat of severe weather was removed from the forecast and we were all but certain we would have a race, although it may be a wet one.

Race day came and the rain stopped 1 hour before the starting gun.  Despite a very rough night medically speaking, Jadon was ready to go, and what looked like was going to be a less than ideal day took on a special appreciation.

As we walked up the hill from our house to the school we could hear people lining the streets saying “Hey, there’s Jadon,” and we tried not to smile TOO much.  As we topped the hill it was apparent there would be more people there that day than any other BUG RUN.  It was exciting to stop and have people take their picture with Jadon but it was even more moving to have kids come show Jadon their “Honor Cards” and proudly tell him who they were running for.

We had 150 kids and adults affected by SMA represented on the cards.  Dozens of Jadon’s friends were on these cards but It was an easy choice as to which card Jadon would choose to wear.   (Read: A Special Honor Card).

Jadon’s Momma gave a moving speech about living with and fighting SMA as well as some of the things Jadon’s Hope Foundation is able to accomplish because of all the amazing support.  The National Anthem was sung, the gun went off, and the 4th annual BUG RUN was underway.  This was the first year for the 10K race and we are proud to say that we will have the 10K again next year.

The Bitty BUG run was a highlight as it is every year.  The little future SMA fighters finding their legs makes everyone smile.

We never feel like we are able to talk to enough people, we feel like we don’t talk long enough to anyone, there is no adequate way to show our gratitude, and the day simply flies by…but WOW what a day.

Thank you to everyone who came out and made it what it was.

Thank you to all of our sponsors who joined the fight and made this day possible. 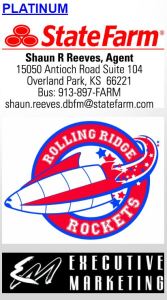 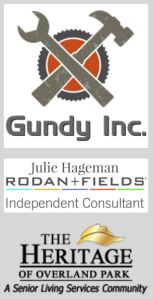 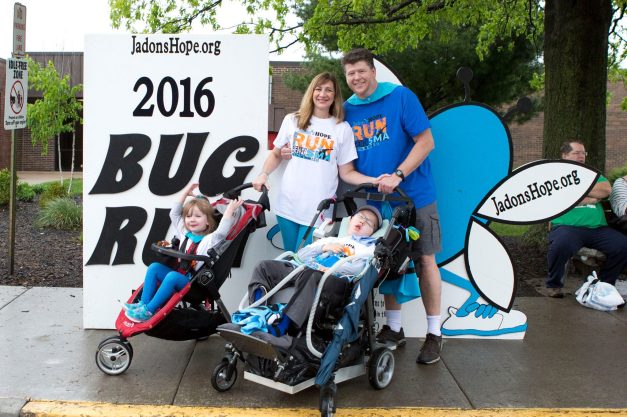 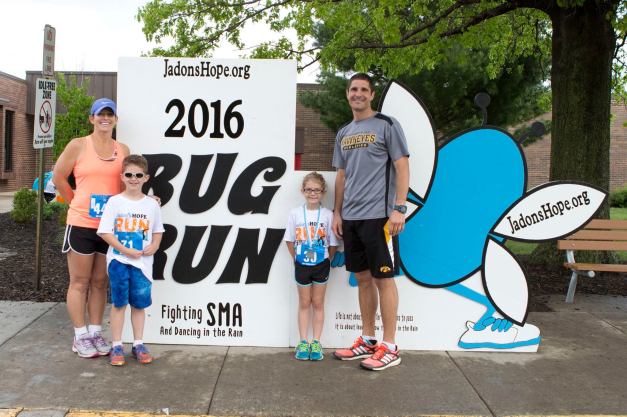 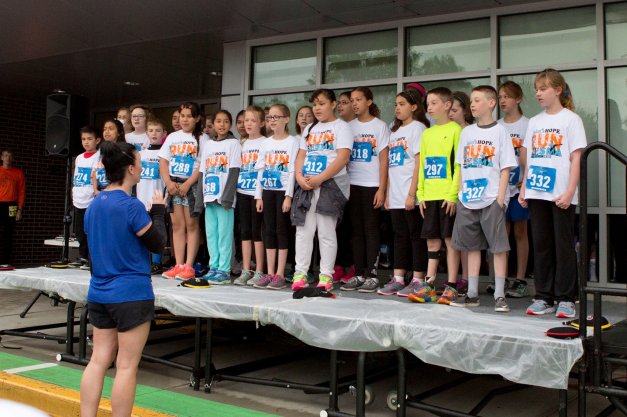 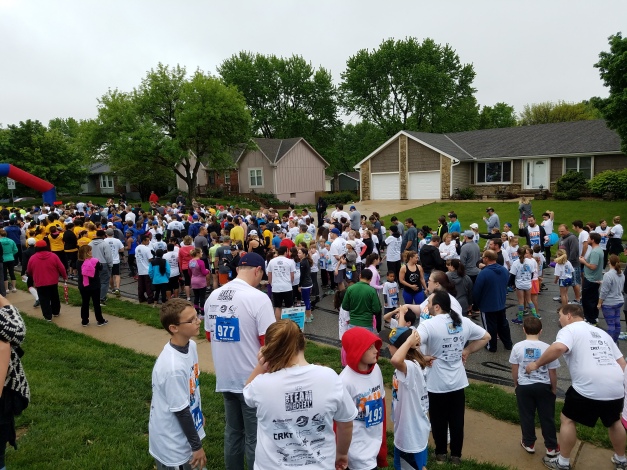 This picture courtesy of Craig Emme

SEE YOU NEXT YEAR
FOR OUR 5TH ANNIVERSARY RUN!